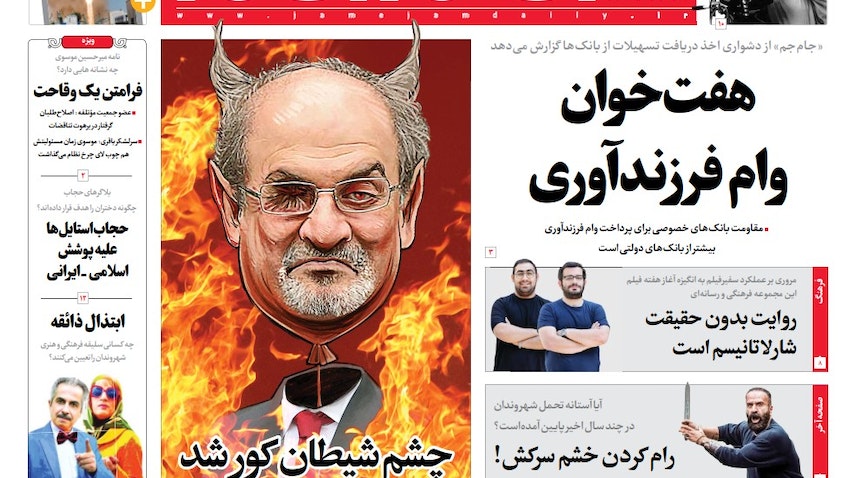 The attempt on Salman Rushdie's life was hailed by state-linked newspapers in Iran on Aug. 14, 2022. (Photo via Jam-e Jam)

The story: Tehran has dismissed allegations of its involvement in the recent attack on Indian-born British author Salman Rushdie, saying that “no one has a right to accuse Iran in this regard.” Hardline media outlets in Iran have been celebrating the attempted killing of Rushdie, who has since 1989 been the target of a fatwa [religious edict] by the founder of the Islamic Republic, Ayatollah Ruhollah Khomeini. Meanwhile, some Reformist outlets believe the incident may have been orchestrated by groups opposed to Iran and the efforts to revive the 2015 nuclear deal.