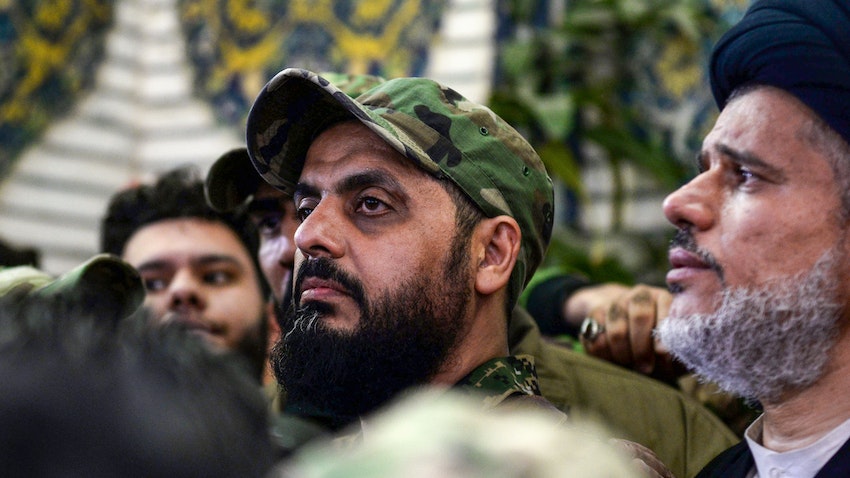 Qais Al-Khazali, commander of the Asa’ib Ahl Al-Haq attends a funeral procession in the shrine city of Najaf on Jan. 4, 2020. (Photo via Getty Images)

The story: Shiite armed groups in Iraq are welcoming the attacks on the United Arab Emirates (UAE) launched by Yemen’s Ansarullah movement, better known as the Houthis. The Yemeni group on Jan. 17 announced it had targeted Abu Dhabi’s international airport and oil facilities “in response” to Emirati “involvement in Yemen,” with another Houthi missile attack launched on Jan. 24. While the strikes have been deplored by Abu Dhabi’s regional allies and partners—including the Iraqi government—they have been celebrated by some allies of Iran in Iraq.

The coverage: At least three people died when fuel tankers in Abu Dhabi caught fire in the Jan. 17 attacks. On Jan. 24, two ballistic missiles were fired at the UAE from Yemen but reportedly shot down by Emirati air defenses...