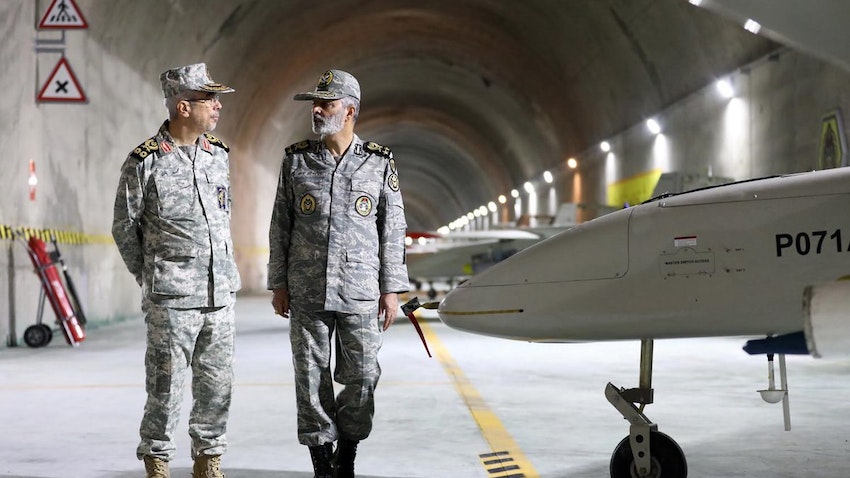 Chief of Staff of the Iranian Armed Forces Mohammad Baqeri visits a secret drone base on May 28, 2022. (Source: projectmeshkat/Twitter)

The story: The commander of Iran’s Air Force says Tehran plans to buy advanced Sukhoi-35 (Su-35) fighter jets from Russia to renew its aging fleet—an upgrade from previous reported plans to purchase Su-30 aircraft. The announcement follows US allegations that the Islamic Republic is selling drones to Moscow, in what some observers now portray as part of a quid pro quo. The Iranian foreign ministry has neither confirmed nor denied either report but insists that growing cooperation with Russia is not out of the ordinary.

The coverage: The commander of the Islamic Republic of Iran Air Force (IRIAF), Hamid Vahedi, said on Sept. 4 that buying Su-35 fighter jets "is on the agenda." Of note, IRIAF operates in parallel with the Aerospace Force of the Islamic Revolutionary Guard Corps (IRGC-AF)...