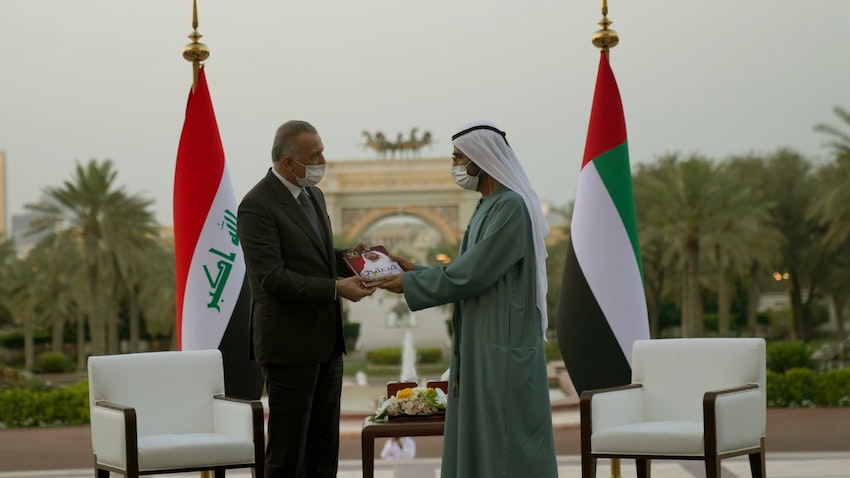 The story: Iraq’s prime minister has concluded his first tour of the United Arab Emirates (UAE) since taking office. Mustafa Al-Kadhimi is hoping to expand trade and investment with the wealthy Gulf states. But as Amwaj.media has previously reported, critics at home say he is allowing Abu Dhabi to interfere in Iraqi politics.

The coverage: Kadhimi’s Apr. 4 visit to the UAE comes shortly after his first official trip to Saudi Arabia last week...