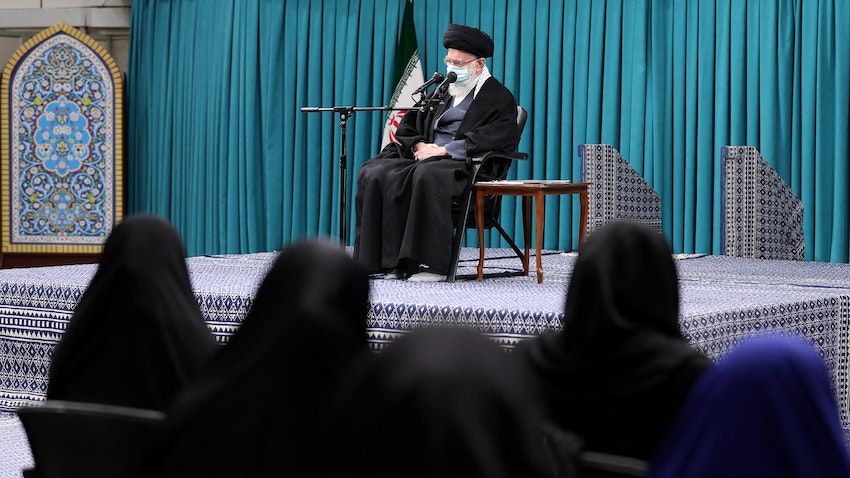 The story: Iran's supreme leader has spoken out against alienating women who don’t fully observe the mandatory hijab while also stressing the importance of hijab overall. The shift in tone could suggest a more flexible approach towards hijab enforcement in the future as unrest has ebbed in recent weeks. This comes amid rumors that Iran’s next police chief may be an official known for his heavy-handed approach to dissent.

The coverage: Ayatollah Ali Khamenei on Jan. 4 told a gathering of women that those who do not completely cover their hair are not necessarily opposed to the Islamic Republic or Islam.

However, the Iranian leader also made it clear that wearing a headcover—"proper" or otherwise...