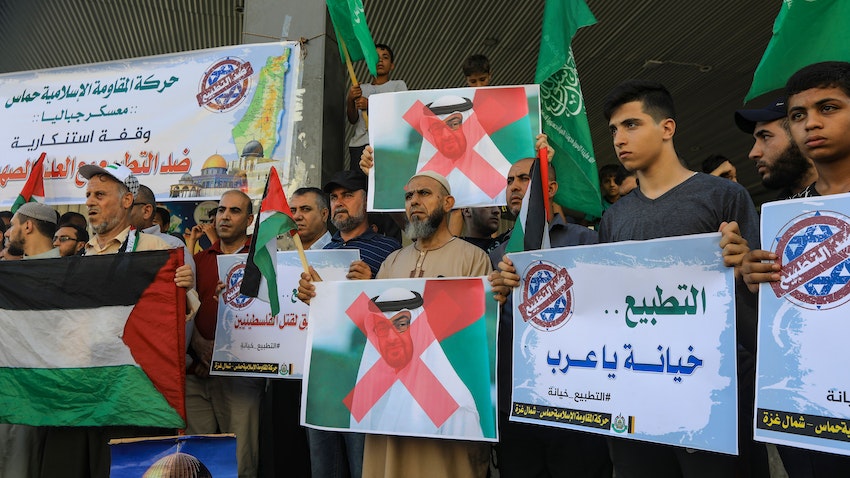 Palestinian demonstrators hold banners with slogans against the Abraham Accords between Israel and the UAE, in Gaza on Aug. 15, 2020. (Photo via Getty Images)

The story: While most regional governments have condemned the recent attacks on the United Arab Emirates (UAE) by Yemen’s Ansarullah movement—better known as the Houthis—some Palestinians have commended them. As Amwaj.media has reported, other regional allies of the Islamic Republic have notably welcomed the Houthi strikes, such as in Iraq. This comes as Iran itself attempts the balancing act of not condemning the attacks on the UAE while calling for peace talks to end the war in Yemen.

The coverage: Houthi military spokesman Brig. Gen. Yahia Sarei on Jan. 24 announced that a second wave of attacks on targets in the UAE had been launched over “the escalation of US-Saudi-Emirati aggression and its crimes against our people"...