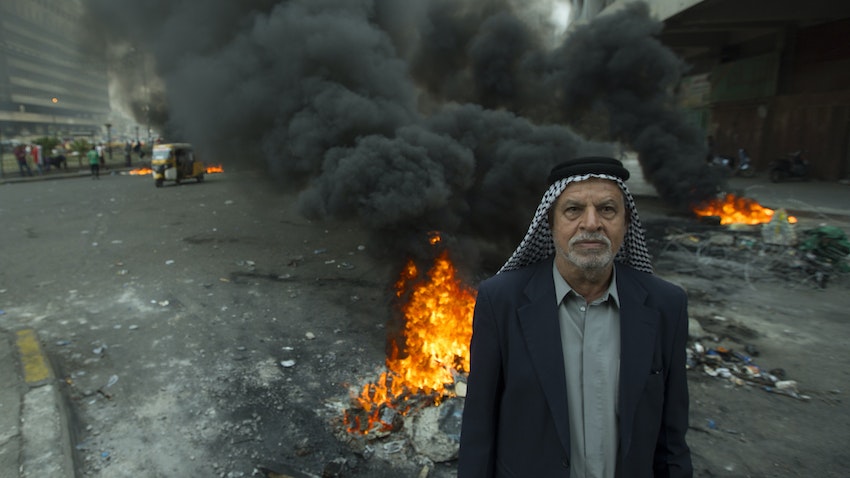 An Iraqi elder partakes in the protest movement in downtown Baghdad, Iraq in Oct. 2019. (Photo via Wikimedia Commons)

The story: Following unprecedented clashes between Shiite groups, Baghdad is seeing protests by the anti-establishment movement which emerged in Oct. (Tishreen) 2019. Meanwhile, Iraq’s south has been rocked by deadly confrontations between armed groups, prompting the Sadrist Movement to toughen its rhetoric against the Popular Mobilization Units (PMU) in general, and Asa’ib Ahl Al-Haq (AAH) in particular. Against this backdrop, there appears to be rising divisions within the Shiite Coordination Framework, which gathers rivals of Sadrist Movement leader Muqtada Al-Sadr.

The coverage: Gathering in downtown Baghdad and then moving towards the Green Zone, demonstrators supporting the Oct. 2019 protest movement on Sept. 2 slammed the political establishment and Iranian influence...