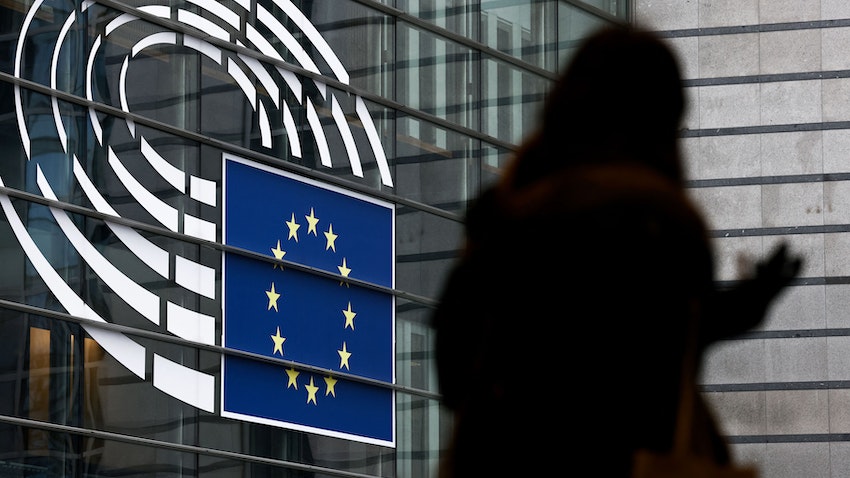 A woman walks near the entrance of the European Parliament in Brussels, Belgium on Dec. 9, 2022. (Photo via Getty Images)

The story: Qatar has rejected accusations that it bribed EU officials to influence policy and bolster its reputation ahead of its hosting of the FIFA World Cup. EU Parliament Vice President Eva Kaili—the highest-ranking defendant in the investigations—has also denied all charges. Amid the controversy, the EU parliament has suspended a vote to grant Qataris visa-free entry to Europe.

The coverage: Saudi-owned Asharq Al-Awsat on Dec. 12 quoted EU Parliament President Roberta Metsola as saying that “European democracy is under attack.” Without naming any state, Metsola referred to the investigations of members of the European parliament and their associates for allegedly “taking bribes from a third country.”