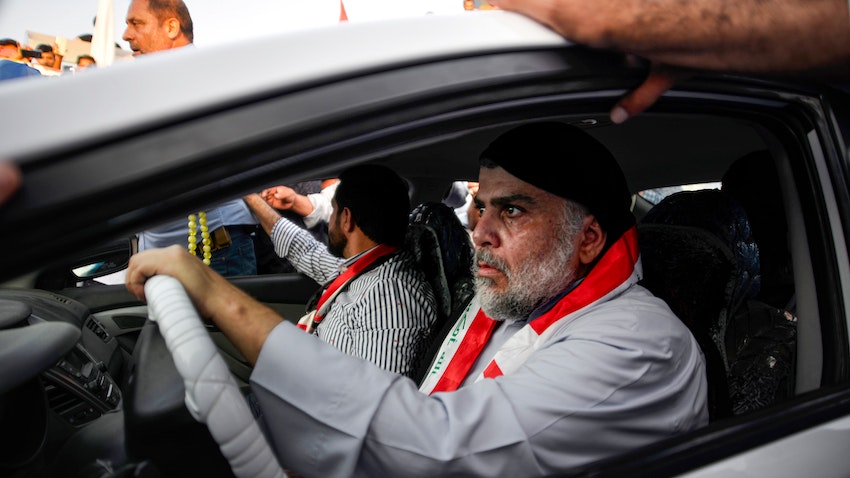 Iraqi cleric Muqtada Al-Sadr drives a car as he joins anti-government demonstrators gathering in the holy city of Najaf on Oct. 29, 2019. (Photo via Getty Images)

The story: In a tweet on Feb. 8, an account using the name ‘Salih Mohammad Al-Iraqi’ and linked to the Iraqi cleric and politician Muqtada Al-Sadr, warned of imminent attacks targeting religious sites in Najaf, Karbala, and Baghdad. The account alleges that the attacks are being planned by several different groups including Baathists and the Islamic State (IS). In anticipation of possible attacks, Sadrist militants have been mobilized as protection units across the three sites considered holy by Shiite Muslims.

The coverage: Just before Salih's tweet, Shafaq News reported that Saraya Al-Salam raised its "state of readiness" to the highest level, citing a source in the paramilitary group linked to Sadr...