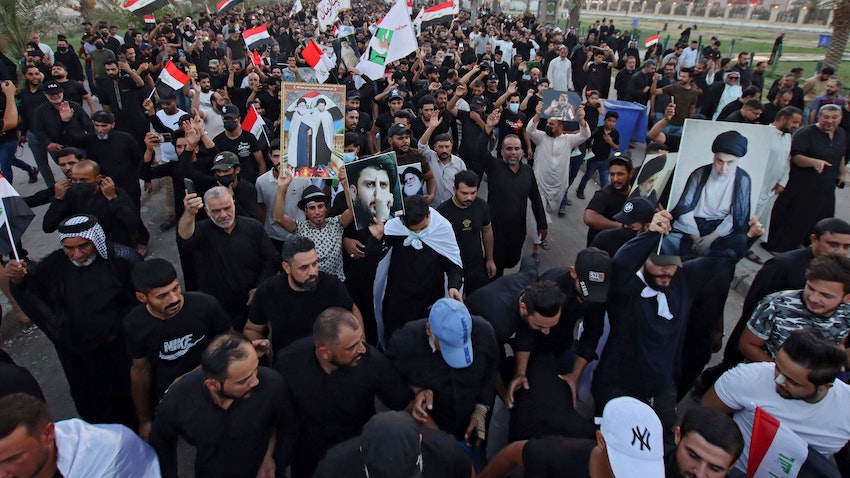 Supporters of Iraqi cleric Muqtada Al-Sadr march while carrying posters of him in Najaf, Iraq on Aug. 27, 2021. (Photo via Getty Images)

The story: Iraq’s supreme judicial council has announced the suspension of the operation of courts. This comes as the Shiite Coordination Framework says it will end the Sadrist blocking of parliamentary sessions by convening the legislature outside Baghdad’s Green Zone. Meanwhile, the head of the Sadrist Movement—Muqtada Al-Sadr—has warned of further escalation as his call for a “live public debate” among party leaders is being met with mixed responses.

The coverage: Iraq held parliamentary elections in Oct. 2021, but has yet to form a new government amid a continued deadlock among the main political blocs. In June, Sadrist MPs resigned en masse, and over the past weeks, the movement has blocked parliamentary sessions by holding a sit-in outside the building in central Baghdad...