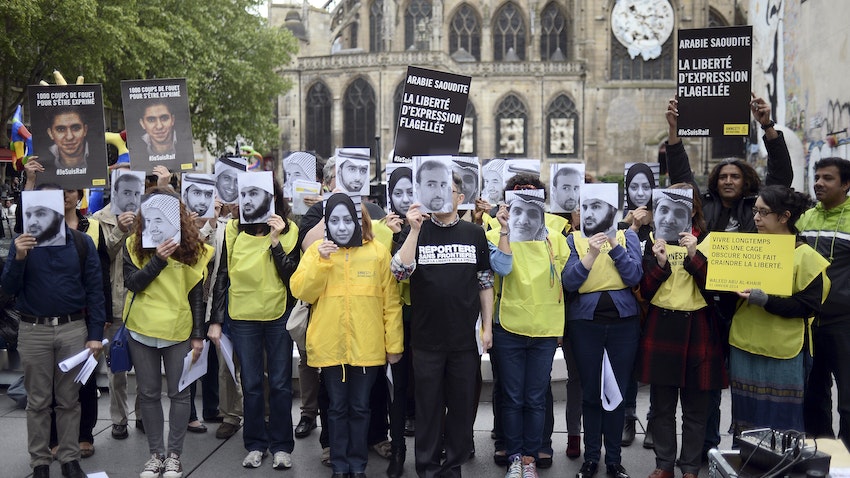 People demonstrate in support of Saudi prisoners in Paris, France on May 7, 2015. (Photo via Getty Images)

The story: A Saudi terrorism court has extended the prison sentence of a student who championed social justice to 34 years. Salma Al-Shehab stands accused of “facilitating public unrest and destabilizing national security.” Rights groups have called for her immediate release, alleging that Shehab has been prosecuted for following and retweeting Saudi political dissidents on Twitter. This comes as the US says it is “studying” the case.

The coverage: The Qatar-linked Al-Araby Al-Jadeed has reported that Shehab was on Aug. 9 sentenced to “34 years in prison for her Twitter activity.” She will after her release face an additional 34-year travel ban.