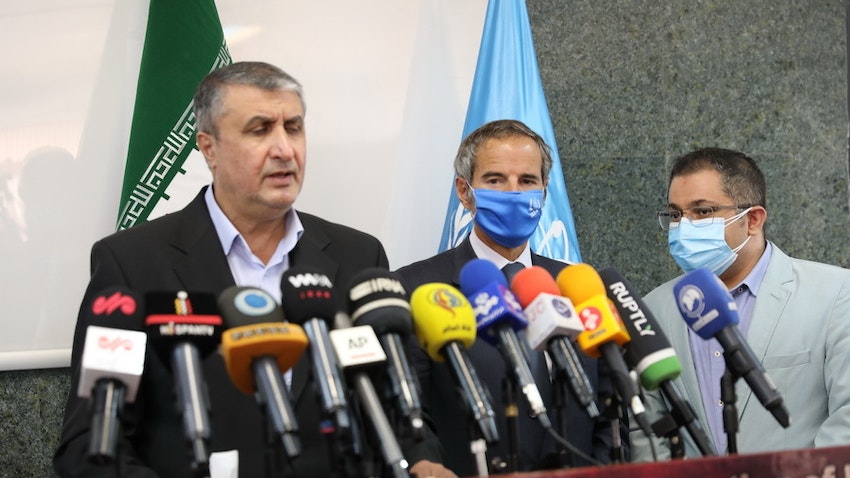 The scoop: After weeks of consultations, Iran and the International Atomic Energy Agency (IAEA) have reached a deal to forestall an imminent crisis. A last-minute statement issued by new Iranian nuclear chief Mohammad Eslami and IAEA Director-General Rafael Grossi on the eve of the IAEA’s Sept. 13-17 Board of Governors meeting says the two sides have reached a deal on “the way and the timing” for UN inspectors to service cameras installed at Iran’s nuclear facilities.

Speaking on condition of anonymity, a high-ranking Iranian official revealed to Amwaj.media...