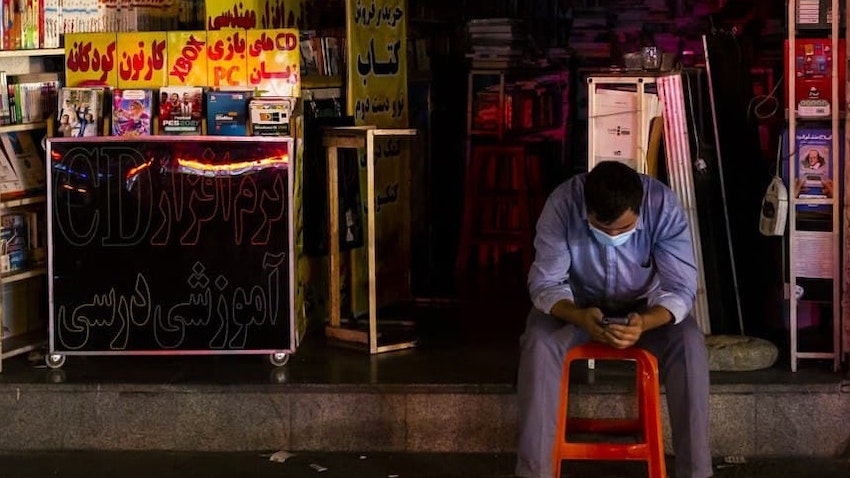 An Iranian sitting outside his store during a blackout in Tehran on July 5, 2021. (Photo by Mahdi Dorani via Fars News Agency)

The story: President Hassan Rouhani has offered a rare public apology for the rolling blackouts which are hitting urban centers across Iran. Officials blame the up to 8-hour long outages on the ongoing drought, heatwave, and illegal Bitcoin mining farms. Amid the crisis, hardliners are portraying moderate Rouhani as incompetent while Reformists say the blackouts are a failure of the political establishment as a whole.

The coverage: In a government meeting aired by the state broadcaster on July 6, the president expressed his “apologies to the dear people who have faced these problems and pain"...