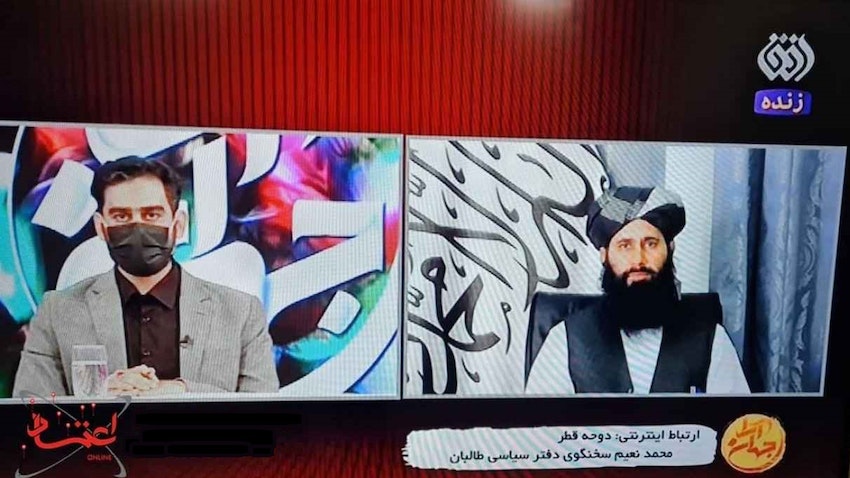 The story: A Taliban spokesman has fired up Iranian social media after making controversial remarks in a rare live interview with Iran's state TV. Referring to the recent chaos at Kabul’s airport involving Afghans falling off US planes, the Taliban official declared that ordinary Iranians would also cling to American aircraft if it meant that they could move to the United States. While his comment was swiftly dismissed by the presenter, the mood has been different on social media.

The coverage: Viewers of Iran’s Ofogh TV were caught off guard on Aug. 21 when...