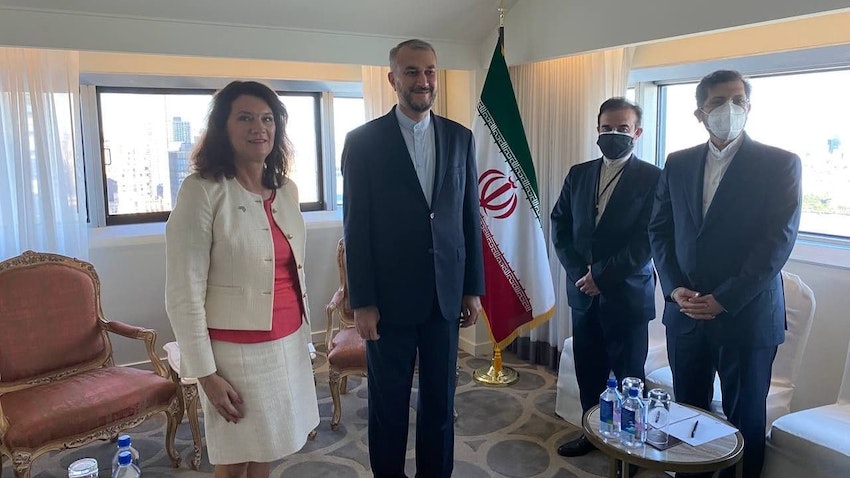 The story: Iran has summoned Sweden’s ambassador over the Stockholm trial of Hamid Nouri. The former Iranian judiciary official is accused of involvement in the Islamic Republic’s mass execution of political prisoners in 1988.

Amid reports that the Swedish prosecution has asked that Nouri be sentenced to life in prison, conservative Iranian outlets have strongly criticized his "illegal" trial. Meanwhile, “informed sources” have been cited as saying that an Iranian-Swedish scientist detained in Tehran over alleged espionage will soon be executed.

The coverage: The Iranian foreign ministry on May 1 summoned Swedish Ambassador Mattias Lentz to protest Nouri's "illegal" detention and trial...