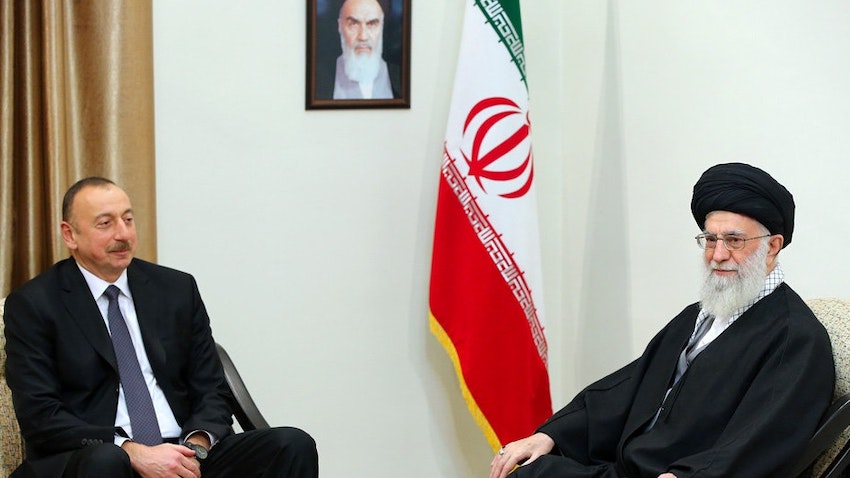 The story: Vocal Azerbaijani criticism of Iran over its “illegal” freight transit via the disputed Nagorno-Karabakh region as well as recent nearby military drills has caused tensions between the two countries. Iran has described Azerbaijani President Ilham Aliyev’s criticisms as “nonsense” and “surprising.” Meanwhile, the influential hardline Kayhan daily has alleged that Azerbaijan is forging an anti-Iran alliance along with Armenia, Israel, Turkey and the US.