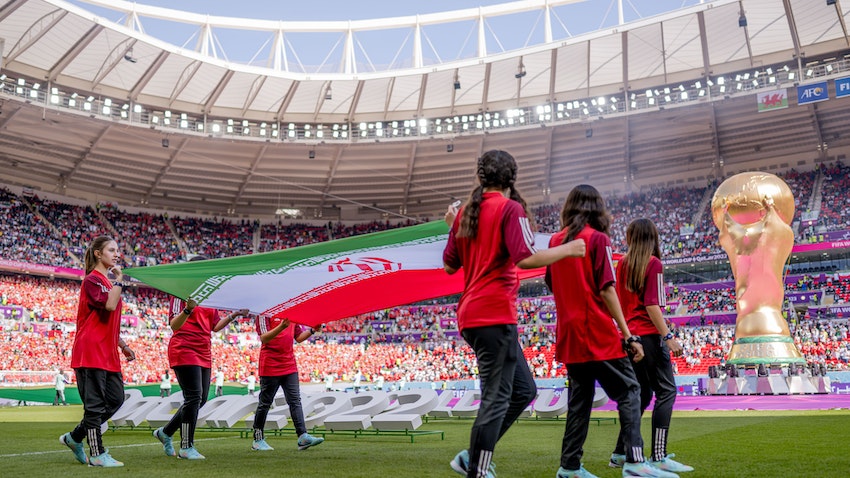 Iran's flag carried in the stadium during FIFA World Cup in Doha, Qatar on Nov. 25, 2022. (Photo via Getty Images)

The story: State-linked media in Iran have demanded the expulsion of the US from the FIFA World Cup. The demand follows the US team’s portrayal of the Iranian flag without a stylized “Allah”—the emblem of the Islamic Republic—on its social media accounts. Meanwhile, citing an unnamed source “who is closely monitoring Iran’s security agencies,” a CNN report has alleged that Iranian players have been threatened with “torture” if they fail to “behave.” The surge in tensions comes ahead of the crucial final group stage game between Iran and the US on Nov. 29.

The coverage: Team USA's accounts on Instagram and Twitter on Nov. 26 posted an image of World Cup Group B standings, with an altered version of the Iranian flag.