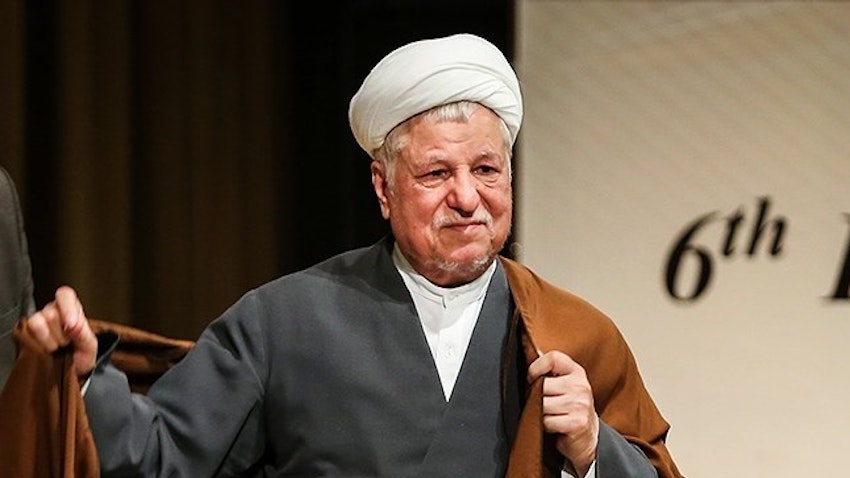 Late Iranian two-time president Akbar Hashemi Rafsanjani at a summit in Tehran on May 27, 2015. (Photo by Hamd Malekpour via Tasnim News Agency)

The story: Former Iranian intelligence minister Heydar Moslehi has revealed that he was behind the controversial disqualification of then-favorite Akbar Hashemi Rafsanjani from the 2013 presidential race. The revelation will likely increase concerns about the relationship between the security services and the Guardian Council. Tasked with vetting candidates, the watchdog has barred many prominent faces from the upcoming June 18 elections.

The coverage: Moslehi served as head of the intelligence ministry under hardline former president Mahmoud Ahmadinejad’s second term (2009-2013). He made the remarks in a June 13 interview with a conservative news channel on the popular messaging app Telegram...