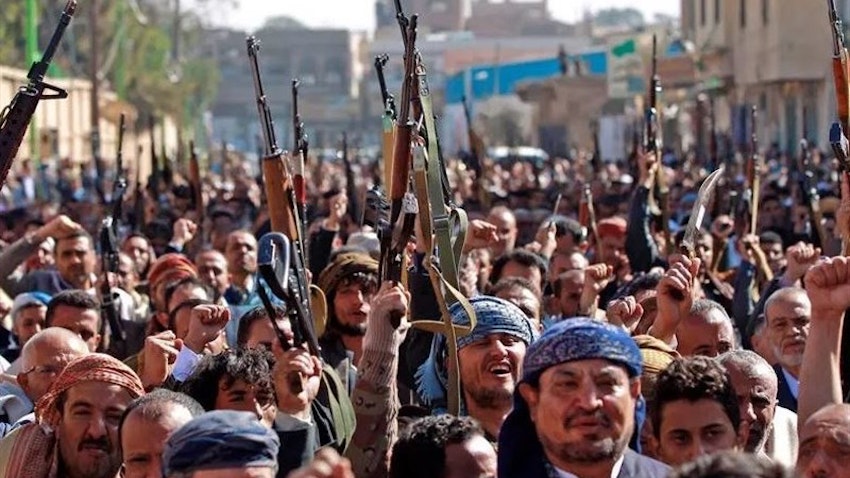 Yemenis stage a protest against the US decision to proscribe the Ansarullah movement as a terrorist organization. Sanaa, Jan. 20, 2021. (Photo via Tasnim News Agency)

The story: Saudi Arabia’s air defenses have reportedly intercepted a missile or drone attack over Riyadh. The kingdom has come under repeated attack from the Ansarullah movement, founded by the Houthi tribe, following its military intervention in Yemen in 2015. The Houthis have denied responsibility for the attack targeting Riyadh, with a relatively unknown Iraq-based organization taking credit instead.

The coverage: Saudi authorities on Jan. 23 said they had thwarted an attack on Riyadh. On the same day, the spokesman of the Houthi-affiliated military forces in northern Yemen...