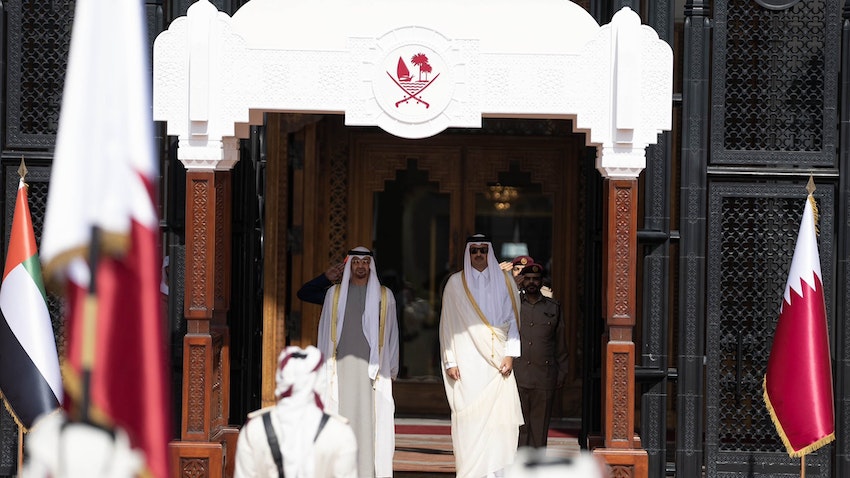 The coverage: The Qatar News Agency (QNA) and the Emirates News Agency (WAM) released similar readouts of the Dec. 5 meeting between the two leaders.