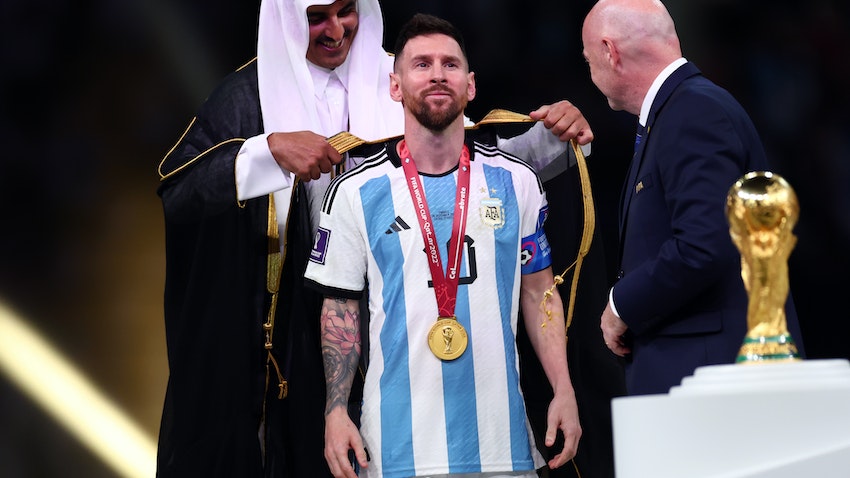 The story: Controversy has erupted over Qatar's Emir’s gifting of a traditional Arab cloak to the captain of the Argentinian football team, Lionel Messi. The gesture—made during the trophy presentation at the FIFA World Cup final—has led some western commentators to criticize the timing. Meanwhile, several Arab observers have dismissed the condemnations as racist. The controversy highlights the tensions over Qatar’s hosting of the tournament.

The coverage: Western media outlets have reported that the Emir’s gifting of a “bisht” to Messi at the ceremony after Argentina’s victory over France in the World Cup final on Dec. 18 had sparked accusations that Qatar “hijacked” the occasion.