Violence between protesters and security forces flares in Iraq's Nasiriyah 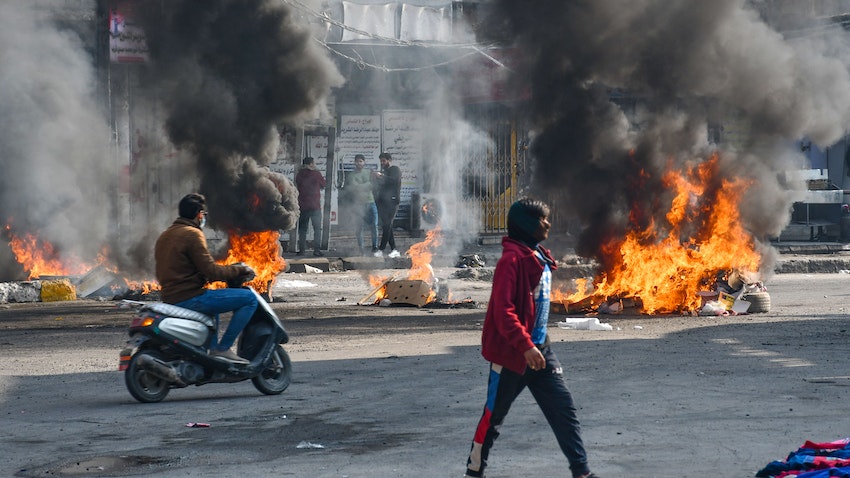 Iraqi protesters are pictured next to burning tires during clashes with police in the city of Nasiriyah on Jan. 10, 2021. (Photo via Getty Images)

The story: Clashes took place between Iraqi protesters and security forces on Jan. 10 in Nasiriyah's central Al-Haboubi Square. The violence in Dhi Qar governorate has left one policeman dead and at least 33 other members of the security forces injured. The confrontation erupted when the security forces attempted to force the protesters to vacate the square. The protests have been going for several days over the arrests of several activists from the city.