Did Iran thwart attempted 'robbery' of its oil in the Gulf of Oman? 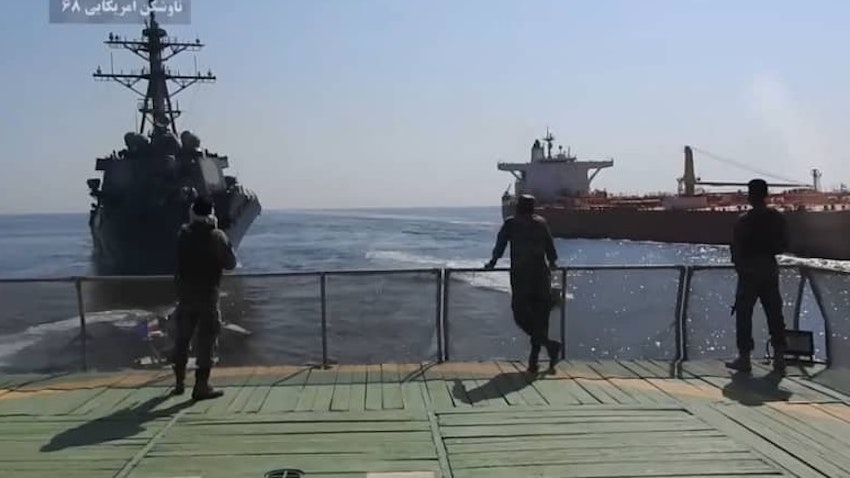 Islamic Revolutionary Guard Corps (IRGC) officers stand on a ship facing a US warship and the oil tanker seized by Iran on Oct. 25, 2021. ( Photo via social media)

The story: Iran’s Islamic Revolutionary Guard Corps (IRGC) says it has foiled US “support” for attempted “robbery” of Iranian oil in the Gulf of Oman. According to a statement published by the military force on Nov. 3, a cargo of Iranian oil was recently “stolen” and transferred to another tanker. The second tanker was later boarded by IRGC naval forces and led to Iran’s territorial waters. The Guard Corps further alleges that the operation was successfully conducted on Oct. 25, despite a failed attempt by US forces to stop the second tanker from being confiscated.

The coverage: Reformist and conservative newspapers in Iran have mostly adopted a unified position, supporting the IRGC’s claimed protection of the Iranian oil cargo...