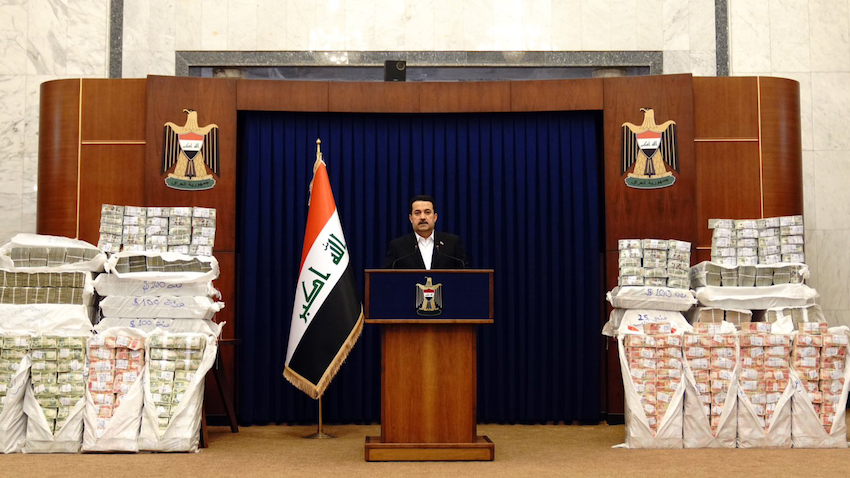 The story: Iraq’s prime minister has announced the recovery of some of the state funds embezzled in the multi-billion dollar corruption case which rocked the country in October. Premier Muhammad Shia Al-Sudani has also declared the release on 50M IQD (34,000 USD) bail of a key suspect implicated in the case. Noor Zuhair Jassim Al-Muthaffar has been granted two weeks to return a major portion of the missing funds. This comes as a top judge is warning of political pressures to make Muthaffar the scapegoat.

The coverage: Muthaffar is the acting director of two of five companies accused of withdrawing some 3.7T IQD (2.5B USD) from the Iraqi finance ministry’s General Commission of Taxes account at the state-owned Rafidain Bank. The transactions are reported to have taken place between Sept. 2021 and Aug. 2022. Muthaffar was arrested on Oct. 24 while reportedly trying to flee...